Send Us a Note

Thank you for contacting us! If needed, you will hear back within 48-72 hours. 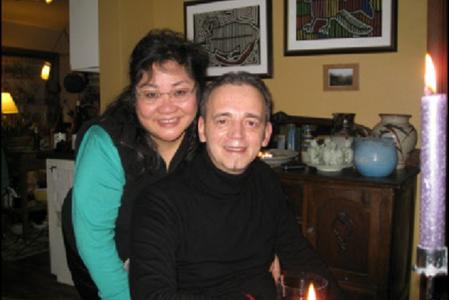 On the South Shore of Lake Superior

Domenico is from Italy. Yvonne is from Taiwan.

When Domenico was a dining room captain on the cruise ship that inspired the TV series, "The Love Boat", he met Yvonne, who was on board for a seven-day cruise. It was the start of a relationship that led to being married.

After serving on the ship for 20 years, Domenico felt it was time to settle down and he teamed up to run the motel in Santa Barbara, California, that Yvonne had owned for nearly two decades. After they sold the motel, they moved to Newport Beach.

They tired of air pollution and crowds and were looking for a more unspoiled area, rich with natural beauty. Since Domenico’s home port in Italy had been an apartment on the ocean and since their motel in California was close to the ocean, they wanted to be near water.

After a two year search they settled on Washburn and decide to purchase the North Coast Inn and Chalets. They bring to the inn years of experience in both inn keeping and hospitality, and as on-site owners, look forward to welcoming you, and are available to provide you with the personal attention you expect at a country inn.